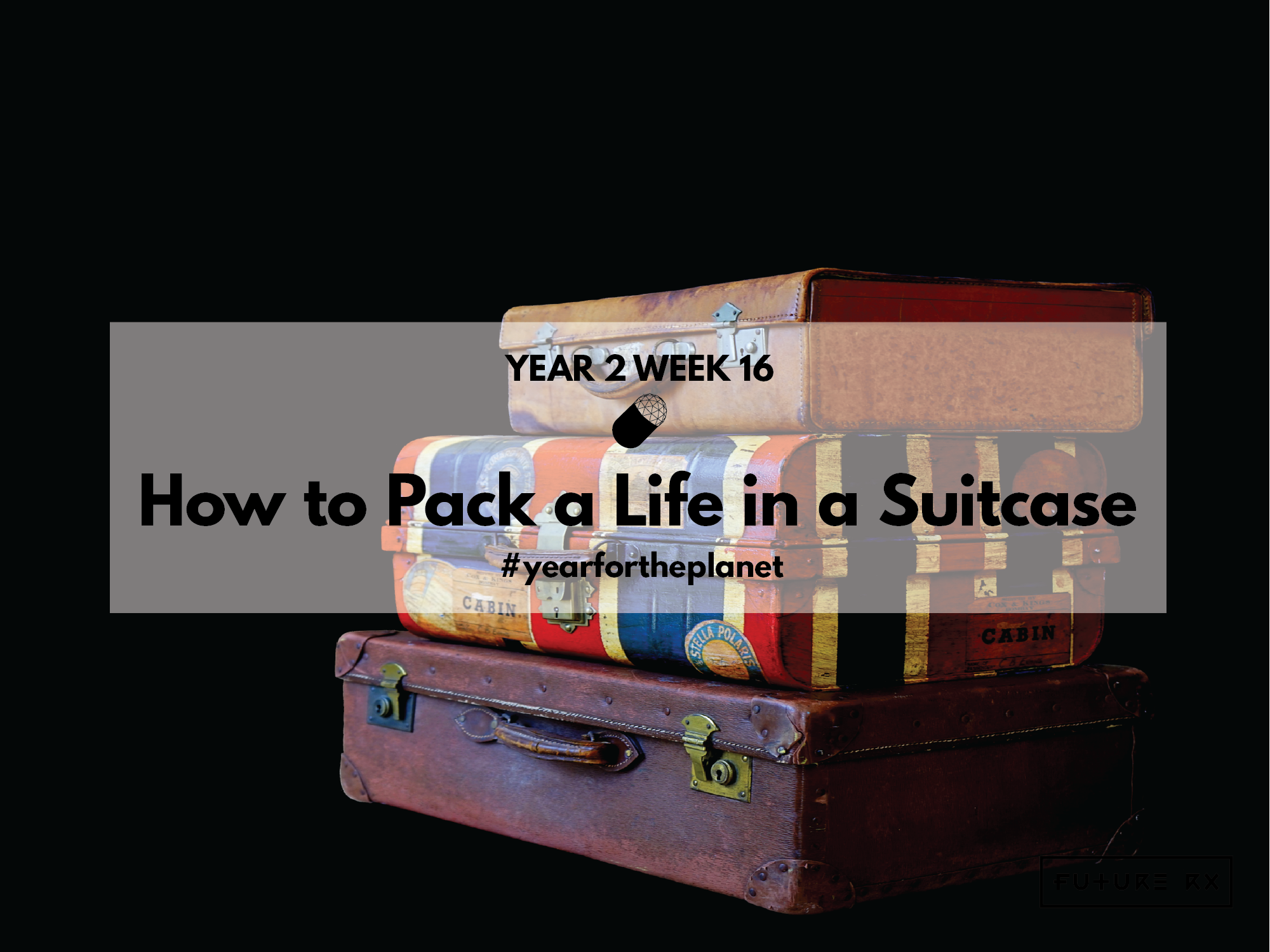 Year for the Planet is a campaign to make better choices for the planet. 2017 was when I fixed my eating habits. This year, 2018, is where I deal with my clothing choices.

Here’s one thing I’ve trained over the years of travel: packing my life in a suitcase. It’s been a difficult skill to work on, but I’ve gone from digging through my underwear at the check-in counter because of excess baggage at the JFK airport in New York when I was 21, to easily packing a duffel bag for a long weekend in Switzerland to visit a friend tomorrow.

When I pack, there’s that unspoken anxiety, not just of the airline potentially losing your things, but also that you’d forget to pack something that you’ll need later on. And so I’ve learned to own clothing that does not just last, but has a diversity of uses. A convertible jacket that has layers. A dress that can work for both day and night. Shoes that can work for multiple activities. I have a lot of basic clothing and accessories in black. Oh what would travelers be without that color?

I still make mistakes sometimes. For example, I had only brought one hat to Vienna—a baseball cap that says “Brazil”—and since it’s not a custom to use sunbrellas here, I’ve been wearing that one hat around for the past two weeks. This might be a reason why people have been greeting me with “Konnichiwa”. Regardless, clothing with flags are political items I usually avoid, and so I bought a generic straw hat from the flea market for ten euro. This might be cheap here, but I know I can get this for a fifth of the price back in Asia, and so I mourn the chocolate cake, the book, or the cup of coffee I could have gotten instead. Hmph.

The best thing about knowing how to pack like this, though, is that it’s a lot easier for me to decide to go. Before, it used to be such a huge life decision to uproot my life and fly to other countries to live. How would I live without my books/piano/collection of XYZ/favorite dress from when I was 10 years old? I think material objects have a way of grounding us and contributing to our identity, but on the flip side, it can also weigh us down and prevent us from growing and getting some amazing life experiences and friends. One cannot have roots and wings at the same time—which ones would you rather have for now?